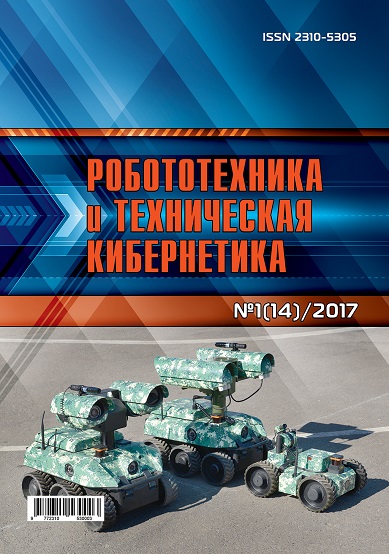 Abstract
The relationship between the autonomous control and teleoperation of mobile robots is discussed. It is shown that it is not always possible to designate a rigid boundary between these control modes. Since in most instances a human can not be left out from the control loop, the type of interaction between the robot and the operator, based on a periodic change of the level of autonomy of the system, initiated by both the operator and the robot, is widely held. It is noted that for any level of system autonomy in solving a particular problem, there are roles assigned to people and those assigned to robots.
In order to control a robot or a group of robots by giving high-level commands, the operator must be knowledgeable about information on the current state of the robots and the mission progress. In this regard, it is discussed that design and operation activity of autonomous systems should be considered from the point of view of interaction with the human operator, and it is expedient to develop a communication interface in parallel with the robot.
The strategies for mobile robot control are reviewed briefly. As an example of mission with variable level of system autonomy, the work of a radiation reconnaissance robot to detect, locate and evacuate a local source of ionizing radiation is given.
Two different points of view are discussed, which comprehend the ratio of the robot autonomy level to the level of HRI. It is shown that when the level of autonomy is increased, the human-machine interfaces are used less for control and more for monitoring and diagnosis.