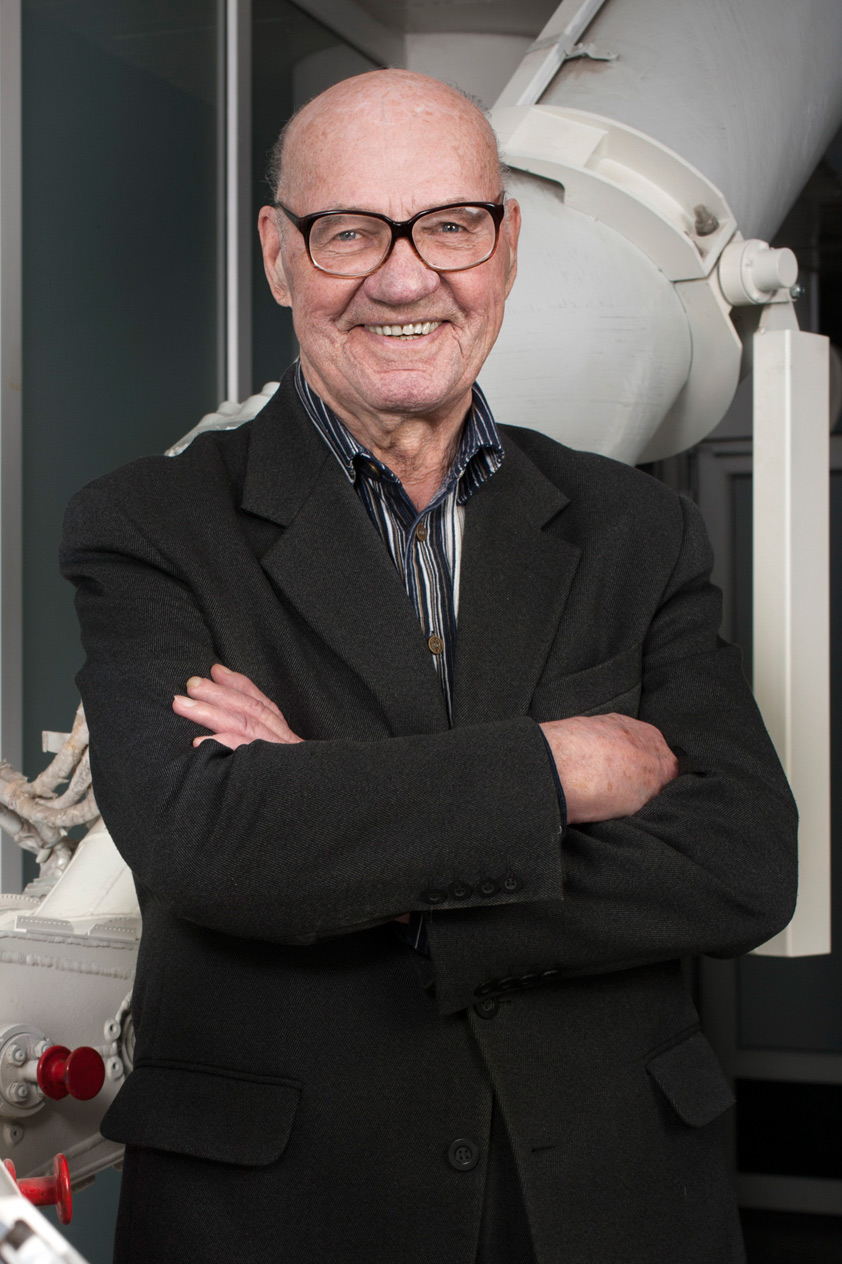 Professor Yurevich was born on 25 November, 1925 in Leningrad. He graduated cum laude from Electromechanics Department of Leningrad Polytechnic Institute (LPI), Automation and Telemechanics major (1949), earned PhD degree in 1953 and higher doctorate degree in 1964.
He began as a postgraduate student of chair for Automation and Telemechanics of Electromechanics Department in LPI (1949-1952), where later held positions: junior research scientist (1953), assistant (1953-1957), assistant professor (1957-1966), professor (1966-1971), head of chair (1971-1972). Afterwards he became a director and chief designer of Special Design Bureau of Technical Cybernetics (SDB TC, since 1981 is Russian State Scientific Center for Robotics and Technical Cybernetics (RTC), 1973-1987 is under LPI), established by him; he had been a Head of Chair in Technical Cybernetics Department (1975-1988), professor of this Department (1988-1993), Head of Chair in Robotics and Technical Cybernetics Department on the basis of RTC (1993-2010), professor of Mechatronics and Robotics Industry Department at RTC (since 2010), Honorary Chief Designer in RTC (since 2007). Since 2013 he had been working as Chief Editor of journal Robotics and Technical Cybernetics.
Special Design Bureau of Technical Cybernetics, later Russian State Scientific Center for Robotics and Technical Cybernetics, appeared in the course of development of two novel scientific and technological directions under the supervision of Prof. Yurevich such as photonic technology and robotics. In the field of photonic technology various systems as a part of the most important objects were created and implemented, most of them have no analogs in the world. There were control systems for spacecraft soft landing on the Earth, the Moon and other space objects, systems of manual docking for space vehicles, control systems for ultra-low-altitude flight and flying in close formation, measuring systems for air vehicle data, mass and mass- flow of fuel components, phase and chemical composition of fluid, security systems for critical assets and areas among them. In the field of robotics Prof. Yurevich proposed and developed the modular design concept which became a base of rapid development of domestic robotics and a foundation for robotics altogether. Since 1972 and up to the breakup of the Soviet Union Prof. Yurevich have been a research advisor and chief designer for government programs in robotics and since 1982 – a chief designer and executive officer of joint programs in robotics of CMEA member countries. For the first time in Russia the most complex integrated robots partially-AI and industrial robots of wide application; manipulators for the Buran spacecraft; dozens of types of mobile robot for work in extreme environment, including the mitigation of the consequences of the accident at the Chernobyl Atomic Electric Power Station, were created under his directions. He built up a scientific and technical development concept of technical means for extreme conditions (1991). On top of that first life-support systems for domestic manned spacecrafts, standardized monitoring and control systems for on-board energetics of spacecrafts, information recovery systems for air vehicle met with an accident were created at RTC under his directions.
Prof. Yurevich is a member of Dissertation Councils at Peter the Great St.Petersburg Polytechnic University. He was a supervisor of more than 70 post-graduate theses and 4 doctoral dissertations. He is a member of academic council of Russian Academy of Sciences (RAS), Honored Scientist of Russian Federation, holder of many titles of honor, including: Honored figure in higher professional education of Russia, Emeritus Professor in Peter the Great St. Petersburg Polytechnic University (SPbPU).
Medals of USSR Exhibition of Economic Achievements – bronze (1972), gold (1981, 1985), silver (1986); Medals of S.P. Korolev (1986), K.E. Tsiolkovsky (1998), Yu.A. Gagarin (2006); Diplomas of USSR Exhibition of Economic Achievements (1980, 1986), of Public education Government Office (1989, 1990), of Scientific-technical creativity of youth (1978), of Society “ZNANIE ” (1982). Order of the October Revolution (1976), Order of Red Banner of Labour (1970, 1982), Order of Courage (2011), over 30 State medals.